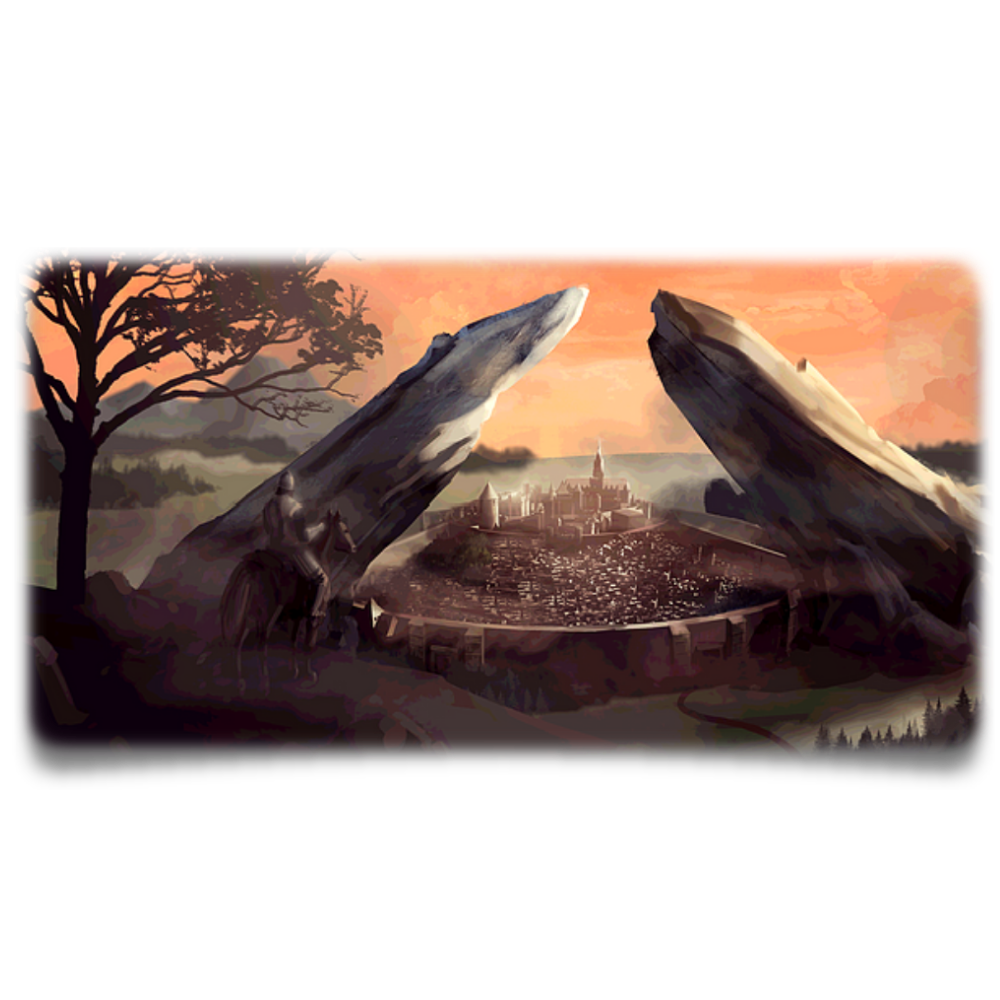 After the destruction of Caineel, a group of survivors traveled east to seek a new homeland. Along the way they passed a flatland area with a great mountain formation in the shape of an arch. There was talk of settling there, using the stone arch as a means of protection and refuge. The travelers had insufficient time to decide, however, for the evil races were harassing them with raids to hinder their progress east.

The elves of the Ember Woods provided the aid they needed and received the travelers almost as though they were close kin. The Emberan Elves and the settlers together built the nation of Finlar. Some of the settlers, however, still desired to live at the great stone arch they had discovered, while others desired to continue on and settle farther away from the evil races.

​When the use of magic through crystals was discovered, the time was right for those who desired to move from Finlar to do so. Of the groups that left, one returned to the stone arch and created an outpost for Finlar. This became a hub for hunters desiring not only to build their strength and skill, but also provide for some of Finlar’s needs.

​The favorite game for the hunters were the buffelope and turkich herds that roamed the plain surrounding the stone arch. After every cold season the Eline River would be at its lowest, allowing new herds of buffelope and turkiches to cross over from the northwest territory. Hunters discovered the migrating herds usually came from a valley in the northwest territory that remained relatively warm during the cold season due to the volcanic mountains surrounding it. When the cold season passed, the herds would move to the plain near the stone arch for the cooler temperatures during the warm season and feed on the plain’s lush grass. The hunters called the area the Plain of Plenty because there was a bountiful supply of game to hunt and grain that could be gathered.

​Frontier life wasn’t without its dangers. Many a good hunter fell victim to the pions, a lion-panther creature, who hunted the plains in small prides. They also had to deal with an occasional pack of mountain basilisks from the south, along with the added threat of raids by the evil races. With the myriad of threats facing hunters, they quickly learned to hunt and travel in groups for added safety.

​One of the most famous of hunters was a human warrior named Nilvarias, commonly known by his short name of Nair. He made a name for himself by being the most skilled in protecting hunters from the dangers of the Plain of Plenty. With the growing amount of hunters requesting help, Nair recruited additional forces with skills in combat and magic to aid in protecting the hunters. Nair became well respected for his care of the hunters who eventually named the outpost in his honor.

​As the outpost grew and flourished, the needs of its inhabitants increased, including a dire need for water since there was a shortage of blue crystals. The dwarves and fymphs worked together to dig a deep well into the side of the stone arch against which the outpost was built. They magically designed the well system to become a small, controlled river that all could benefit from. This river would eventually be split into two and provide water for Nair’s districts near the outer wall.

​When Elmon Dreamweaver of Eagle’s Haven put out the call to gather for war against the fallen races, many of Finlar’s hunters, including Nilvarias, answered. The gathered forces marched into the lush territory of the fallen races east of the Foghorn Mountains, confident the use of magic would help them to easily wipe out their enemy. When battle erupted, the War of Heroes began.

​The war was almost quickly won under Elmon’s direction and leadership. The appearance of the dark sword of power, however, prolonged the war and corrupted many of the heroes’ minds, even that of Nilvarias who became the evil sword’s wielder.

Word reached Finlar that some of their strongest fighters had become evil through a magical influence. This news created great fear among Finlar’s peoples. Almost unanimously, the people decided to outlaw the use of magic. There were divisions, however, among them in the kind of limits to enforce. These divisions caused a split in the people’s loyalties and a civil war broke out that razed and leveled Finlar. The two sides of the conflict retreated to the west and the east. Those who went west settled at the outpost of Nair.

​With a huge influx of settlers, Nair quickly changed from being an outpost to a small country with its own sovereignty. The protective walls were enlarged and built in the shape of a great circle to encompass the full protection of the stone arch. Thus, the Western Nation of Nair was born. As the nation flourished under a normal way of life without magic, hope continued to resid in the people’s hearts that they and their families could live a stable, secure, and flourishing life. 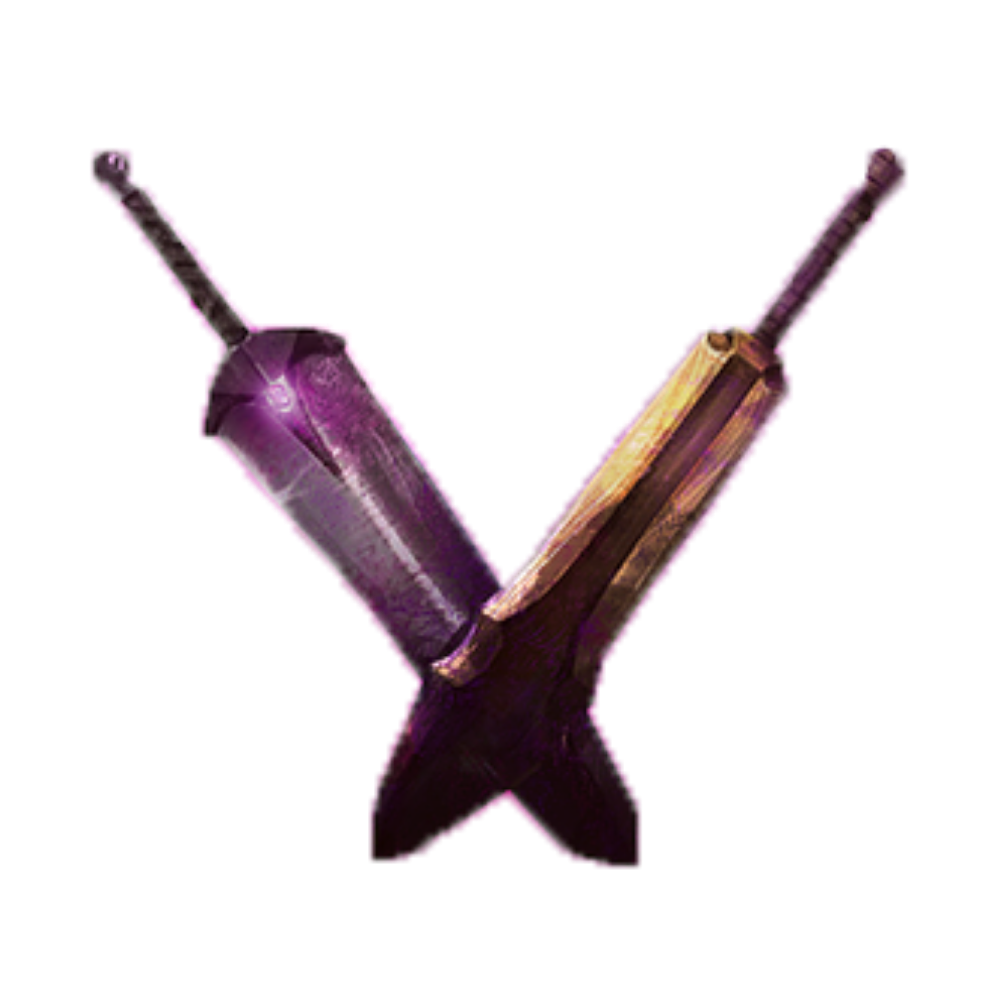 Legend of The Ember Wolves

During the Pristine Age of Lindoria, the One rode upon the back of the ground dragon, Novarin, to explore and oversee the world He had created. On one such occasion He stopped at some woods and spoke a blessing over it. Some of the elves that had joined Him on the expedition were intrigued by the words He had spoken, especially the part of the blessing that referred to a life-giving fire which would initiate there. 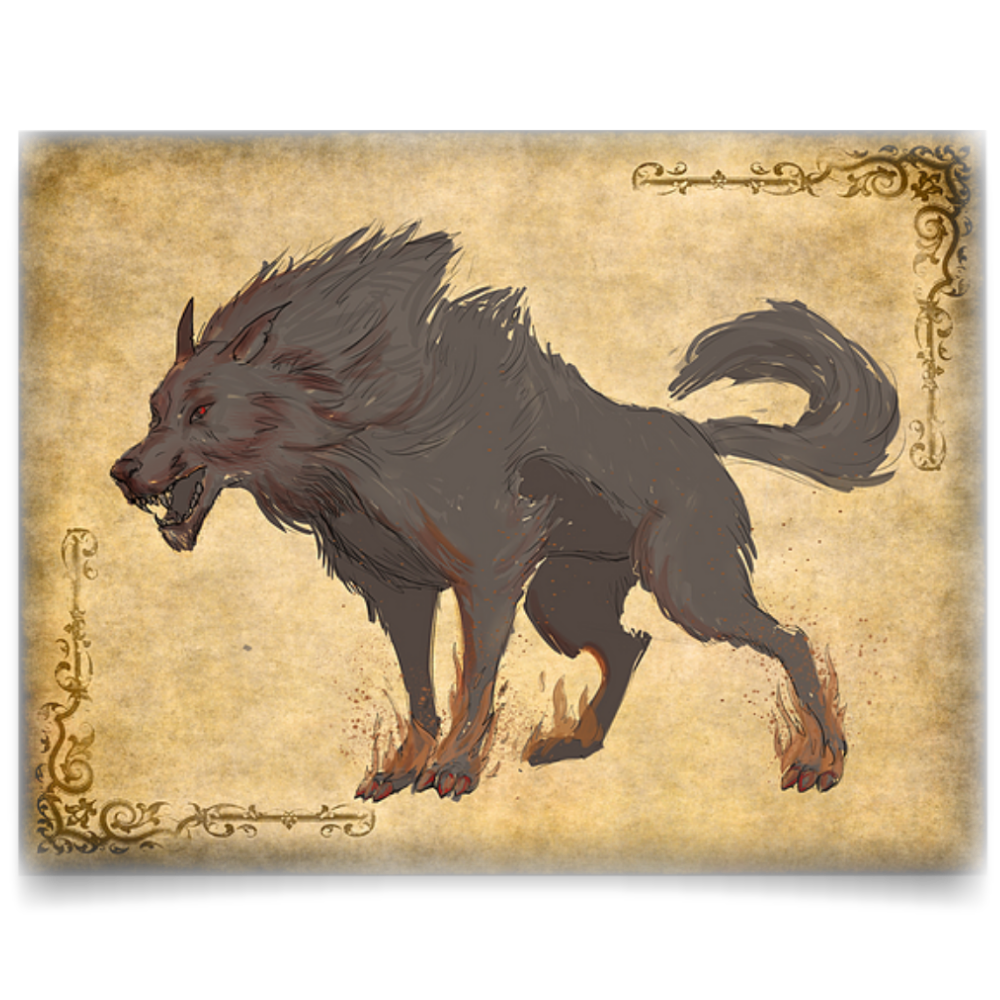 When it was time to depart, some of the elves decided to stay and look after the woods hoping to witness the prophesied blessing come to pass. The One was touched by their devotion and bestowed upon them the ability to change into fiery wolves as a remembrance of the life-giving fire that would come.

​After the Great Wave occurred, the elves could no longer turn into their fiery wolf-form. Those who were wolves when the wave occurred remained in that form permanently. Their home also changed, its trees turning from green to fiery shades of color.

​The ember wolves, as they came to be called, and the Emberan Elves quickly became hostile toward each other after the elves took in refugees escaping the devastation of Caineel. The elves and the refugees integrated well with each other and created a safe homeland called Finlar, a place where the ember wolves weren’t welcome. Feeling betrayed, the wolves kept to the northern territory, and became more savage and wild with each new generation.

​By the time magic was discovered again through crystals, most of the Emberan Elves had forgotten how to transform into an ember wolf, thus only few could perform the feat. As for the ember wolves, they could utilize only a shadow of the magical fire that once covered their bodies, their red crystal claws allowing them to create magical fire only on their feet. 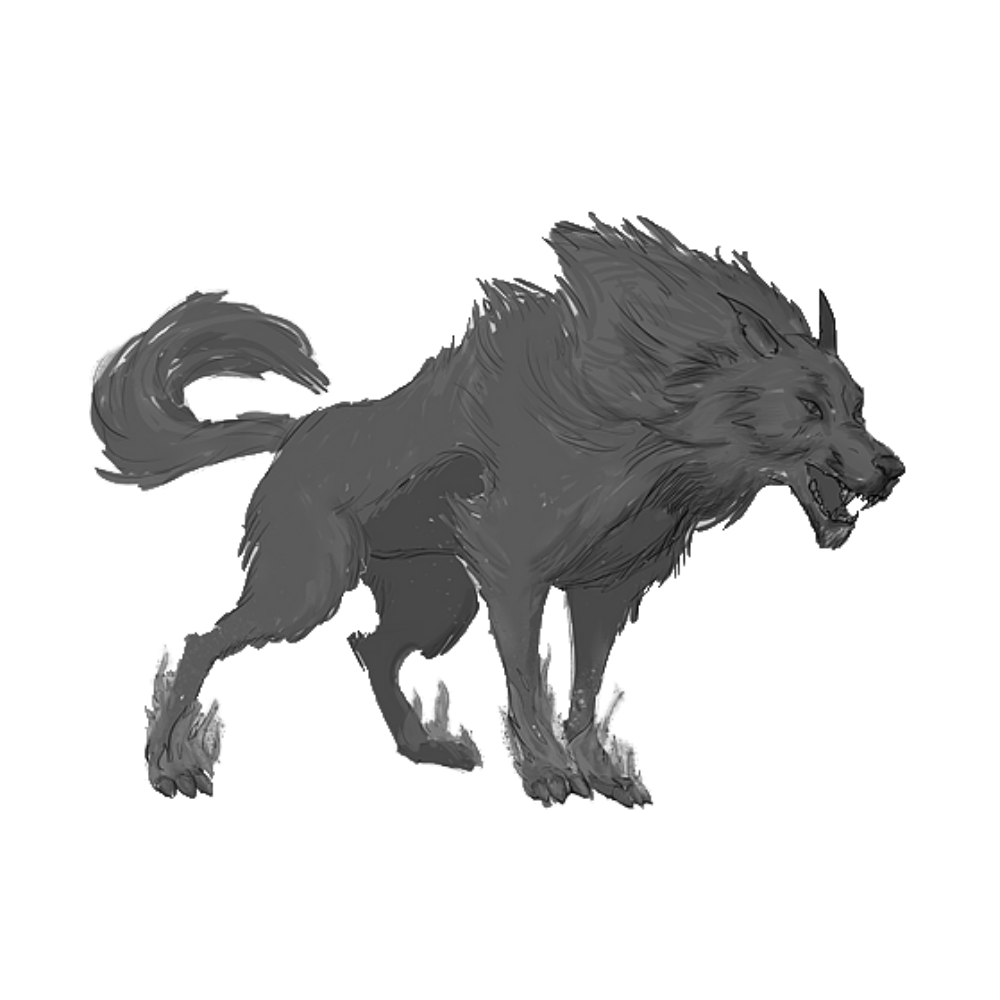